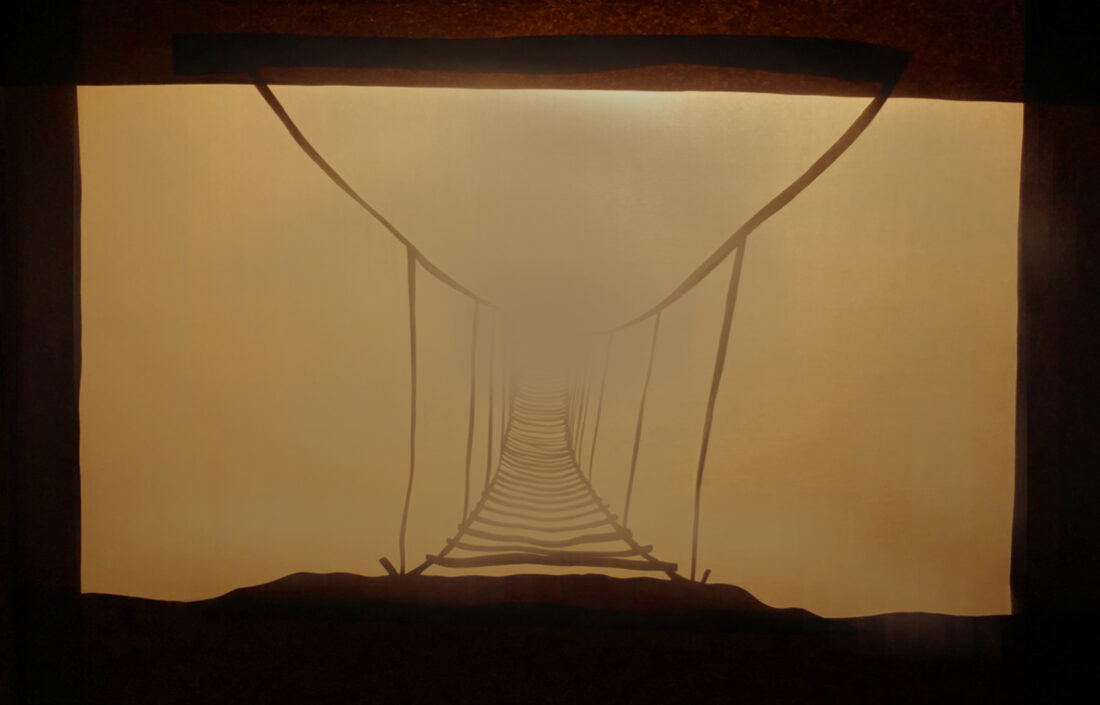 t was a small village, up among hills so steep that many would call them mountains.

But that was something only immodest people would do.

Such as the lowlanders.

The villagers were modest. It was not prudent to be otherwise. Immodesty was at odds with the hardship of life in the hills.

Most of the rice fields were on terraces so narrow that it was impossible to plough them with a yoke of oxen. So the men had to pull the plough.

The huts were built with one half buried deeply into the flank of the hill, the other half perched on stilts above the steep slope. The wind would whistle through the floorboards on one side, and on the other the huts were always cold and damp.

Damp seeped through everything, for the fog never lifted from the valley.

Such things taught you humility, Mo thought. You took pleasure in the small things in life.

Such as when in the morning he had to bring eggs to the widow who lived at the highest point of the village, and he could plan the rest of his day going downhill.

Or when the time came to clear the thorn bushes at the edge of the forest, and heavy rains meant postponing the chore.

Or when he had to carry hay for oxen in huge bundles over the lower slopes back to the village, and the bundle of someone in front of him fell apart precisely where a fountain was located alongside the path.

If only there were no lowlanders!

The lowlanders brought unrest to the village.

Every day or two they would arrive in the village, either alone or in small groups, making their way up a path from the lands below. Sometimes they would ask to be fed, sometimes they didn’t. They all called the hills mountains.

And they all wanted to see the bridge.

This was what annoyed Mo most.

The bridge was part of the village, just like a red rump was part of a baboon. It was there, as everybody knew. But it was not something you talked about.

It was a suspension bridge, with heavy guiding ropes and bamboo planks. It was situated on a steep slope below the village.

It led right into the fog. 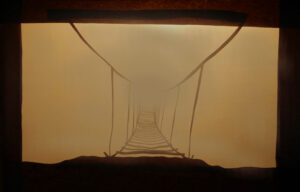 Nobody in the village knew where exactly it led to or what it was fixed to at the other end. The lowlanders didn’t know either. This explained why the lowlanders were so fascinated by the bridge. They walked to it, looked at it, and then came back to the village to tell everyone they had just seen the bridge. Well, what else was there to see on the hill?

Mo had grown up knowing the bridge, like everyone else in the village. It was your lot in life and a burden you had to bear. Like many other things in life, you either liked it or you didn’t. But you had to come to terms with it sooner or later. And anyway, there were so many other things Mo had to put up with in the hills that a bridge didn’t make all that much difference.

However, he did sometimes ask himself what this bridge was all about.

One day, an old man came to the village. Some might call him a wise man, but for Mo he was just peculiar. In his clumsiness, he sprained his ankle on the way up, and for some time he had to be cared for. Since the death of Mo’s grandfather, there had been a free bed in Mo’s cabin. His mother invited the man to stay with them.

The first few days were awkward for Mo. Every evening he resolved to talk to the crank from the lowlands. But the next morning he would only join his younger brothers and sisters to stare from the door at the old man. 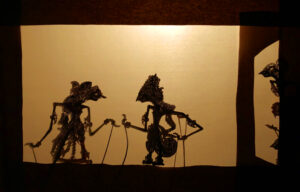 After one week, the old man’s ankle had healed. No one was surprised when the man announced that he wanted to see the bridge. And because he was still unsteady on his feet, he asked whether Mo could help him down to this remarkable place.

Slowly they walked together down the path, the old man resting his weight on Mo’s shoulder. Mo started thinking about the arduous journey back. The only thing he could look forward to was a short break while the old man stared at the bridge.

They arrived at the bridgehead.

Suddenly the old man released Mo’s shoulder and said it was time to say goodbye. 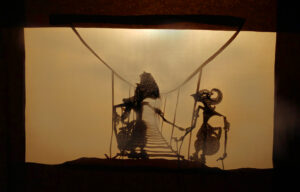 Mo froze. “Don’t tell me you want to set foot on the bridge!” he exclaimed.

The old man looked at him curiously. “Because I want to”, he said.

“But no one goes there!”

“Think for a moment:”, he replied, “Why do you suppose no one ever goes there?”

The old man shrugged. “Out of habit. And because people are afraid. They’re afraid of what they don’t know.”

“So why aren’t you afraid?”

“Oh, I’m afraid all right. But I still want to cross it.”

“But what’s on the other side, through this fog?”

“Ah. That’s what so many people are afraid of.”

“And where do you get to once you’ve crossed the bridge?” Mo demanded to know.

The man raised one eyebrow and peered into the fog.

Slowly, the bridge began to sway under his feet. 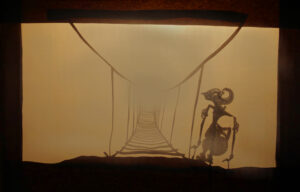