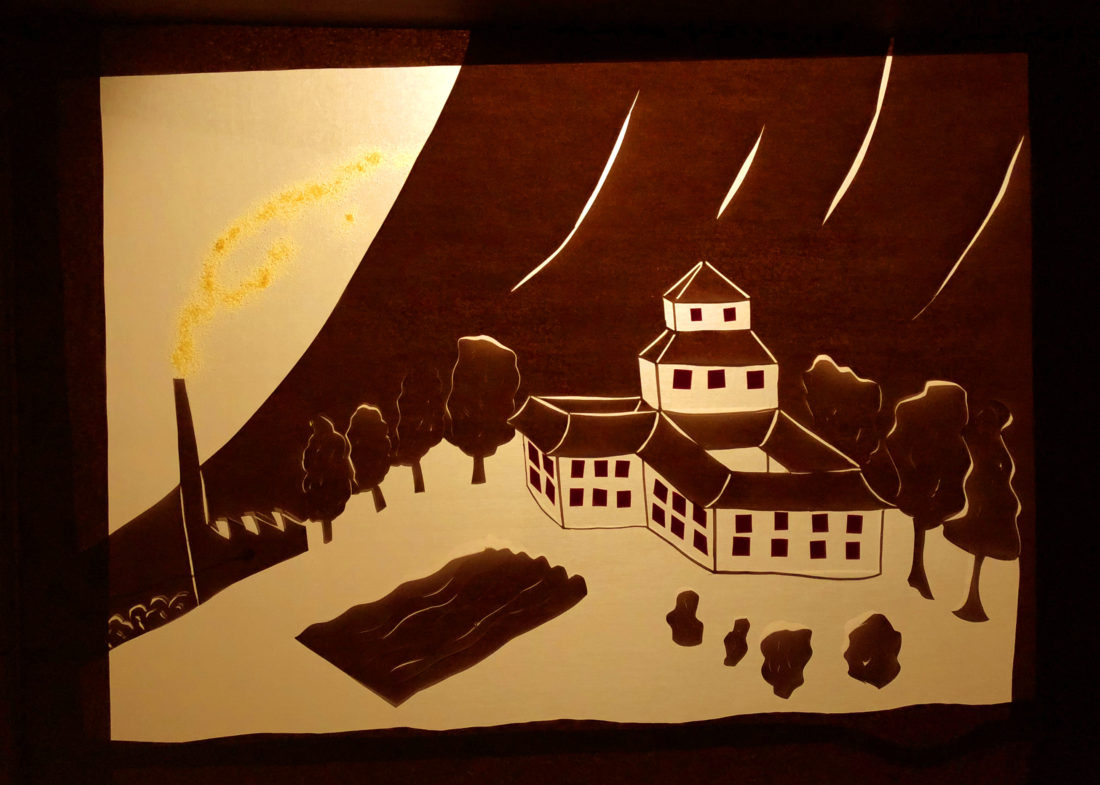 The Monastery was situated at the end of the world. Since the beginning of time it had been sitting high up in that remote valley of the Himalayas. For generations, the monks followed their daily routines as laid out in the scriptures. The common prayers. The fasting. The meditation.

The more profane activities were also defined by routine: When to sweep out one’s cell. When to replace the prayer flags that the cold wind had turned to rags. When to put on winter robes. It was as if the ways of doing the little things of monastic life had been infused by a sense of importance, by a consciousness that, forgotten by the outer world, this monastery was the very source of one of the essential pillars of human existence.

Han had been with the novices for more than a year now. He liked it up here. Everything was calm. Everything was ordered. Even the weather was better than down in the big valley. He realised how this life of routine made him forget bit by bit his youth and childhood down in the bustling villages of the valley.

At the back of the monastery was the factory. Its large halls and the chimney looked quite different from the outside than the huts and temples for the monks. The wafts of noise, though no real disturbance, were also slightly at odds with the authoritative silence of the courtyards and gardens. 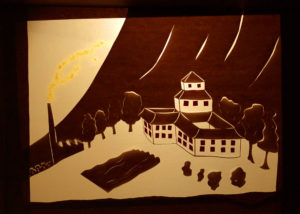 Novices were not allowed in the factory. Han’s Lama had told him that only years of spiritual practice and maturity prepared you to grasp the dimensions of the wonders that happened in there. For now, it was enough to be patient.

One day, Han was in the garden tending to a particularly nasty patch of beetroot, when he overheard a conversation between senior monks from the other side of the hedge.

“But what about demand?”

“Well, you can’t have everything. People just have to make do with less.”

“We do have to move with the times. And the word of the day is efficiency! What else would you do?”

“We could go industrial! Produce batches and series, that kind of thing.”

“You mean many identical copies? But that would be boring!”

“More than boring it would be dangerous. Just imagine people found out they have identical copies. It would be a disaster. No, I think we have to go in the other direction. What if we emphasized the value more? Kind of make it more exclusive and appreciated?”

“You mean for special occasions only?”

“Listen. If you look at it, it’s a fact that people don’t really grasp what we’re doing anyway.”

“Yeah, people don’t, you’re right. It’s a shame no one has ever thanked us for the invaluable gift we are giving them every day!”

“Now watch your modesty, brother! I wouldn’t want to think you don’t venerate the spirit of this monastery.”

Han was so surprised at this change of tone, that he dropped his hark. It made a loud clank. 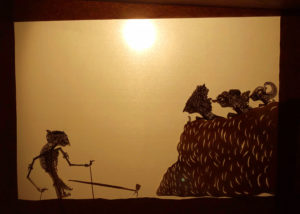 “Oh don’t worry, we’re only discussing some things for the factory,” said one of the monks. “It’s not a secret, you know.”

“But we novices are not allowed to go there.”

“You are not ready to see what’s going on in there, boy. But there’s no harm hearing us talk about it.”

Han grasped the opportunity in the blink of an eye: “So – why is it you want to change something?”

“You see, it is getting more and more difficult to recruit novices like yourself for the monastery. It seems people don’t appreciate this way of life anymore. They have more prosperous things to do. So we need to prepare for the future. Tighten our belts, that sort of thing.”

Han showed that he was quick on the uptake. “You know that down in the valley I worked in production. Maybe it is something I can help?”

“Did you really? Now there’s something!” The speaker looked quickly at his colleagues. “Well – let’s hear you out. What would you suggest?” 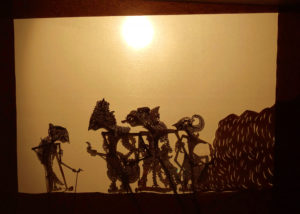 “Well, down in the valley the big thing was modularisation. You make one or two standards of the core, and then you just individualise the fringes. It makes a huge difference on the cost side, and people still believe they have their own individual copy.”

“Now that’s very interesting indeed. And you have seen how it’s done?”

“I helped the task force that introduced it in our watch factory. I suppose I could offer you my experience.”

“What a wonderful coincidence! And did it always work?”

“And how long do you think it would take us to change?”

“It took us about half a year.”

“Now that is something! We must speak to the Prior immediately and see what we can do about this novice status of yours. You absolutely must get access to the factory by tomorrow! – I can feel we are joining the industrial world at last! Just the thought that in six months’ time we will be shipping out a new, modularised type of product!”

“I’m sorry but I still don’t know what your product is down there. I’m still a novice.”

“Oh, I’m sure no-one will be bothered if we let you know right away, given that you’ve practically started in your new role. You see, since the dawn of time we’re the one secret place in the world that creates people’s dreams.”