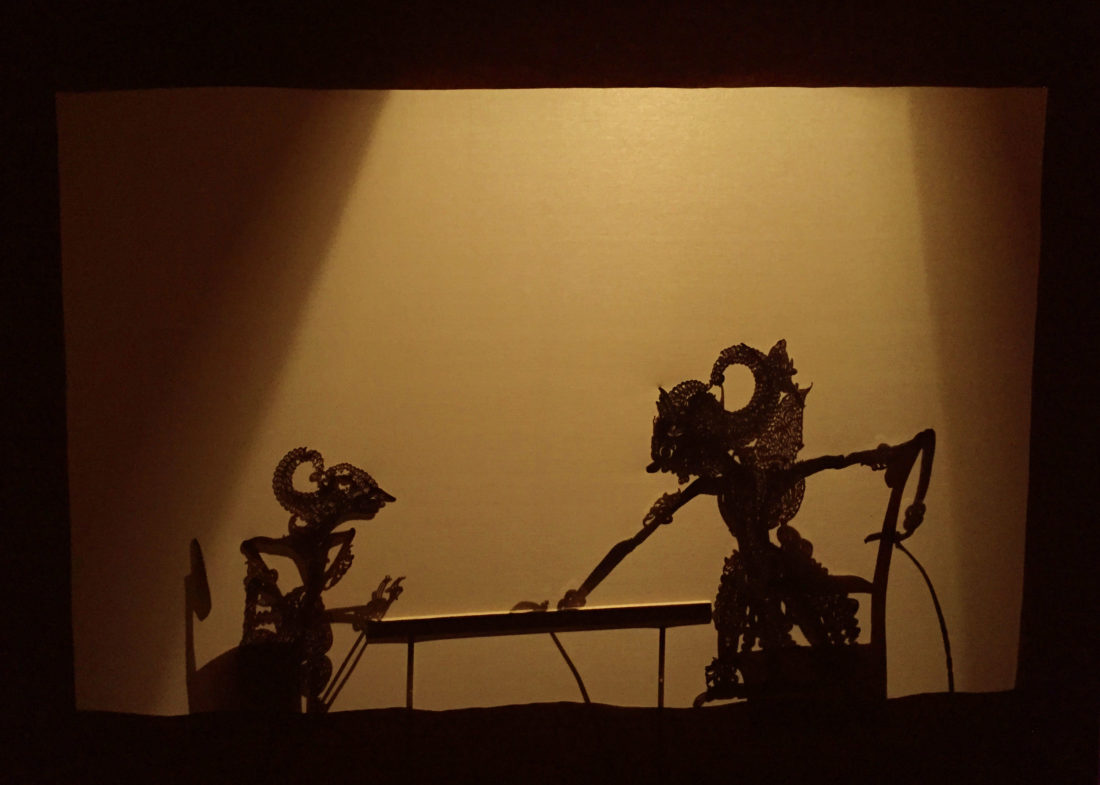 It was in Berlin, during that terrible period when new tech startups spread like mushrooms in every abandoned courtyard, and many of them noislessly disappeared again a couple of years later. He, the Founder of one of the first, now well-established Tech companies, decided to come back to his firm unknown, through an online job application, and appear among his former staff. He came silently and unannounced, yet all recognise him at once. The queues part in front of him in the canteen. He is asked into cubicles when he passes, to crush bugs in the code with a few keystrokes of genius. In embarrassed admiration, young product managers ask him to participate in their meetings. And those who have been with the company from the early days, proudly show him their faded friendship bracelets. 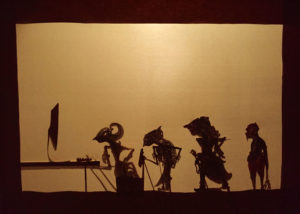 From his office in the fifth floor, the Head of Human Resources observes everything. And now he calls security, and orders them to bring the man into an interview room. Then he lets him wait in the closed, windowless room, until further notice.

Late in the evening, after everybody else has left the building, the Head of HR comes to visit the interview room. Sitting down slowly on the cold plastic chair on the other side of the the table, he stares at his prisoner.

… Receiving no reply, he quickly adds: “Do not speak! You have no right to speak! This is my world you’re entering. In this world, everything you have to say has already been said. Seeing what I have observed today, I can only conclude that you have come to destroy what we have built onto your own foundation. And on that conclusion, I, and the Executive Committee, must act.

“I guess you are aware of what awaits you in the morning? Tomorrow I will have you fired in your probation time, as the biggest failure of them all. And the employees, who were kissing your feet today, will throw waste paper into the cardboard box with your belongings.” 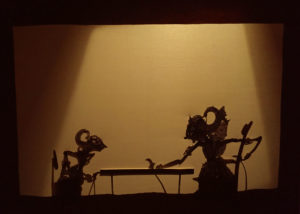 “No, you have no right! For anything you did today would only be adding to that which you have done fifteen years ago. When with your actions you laid the cornerstone of how we do business here. And that would infringe on the employee’s freedom to choose the way they work, and the way they are managed. The very freedom you cared so much to give them, when you resisted the famous Three Temptations of the Founder for which you are so well remembered.”

The prisoner looks up at him, squinting into the Neon light.

“Oh yes, it has cost us dear, this business of your Three Temptations. For fifteen years we have wrestled with that ‘freedom’ of yours. But now it is concluded – in your name. We, the Human Resources department, have humbly accepted to carry the burden of Choice in the employee’s stead, so that they may at last be happy in a way that befits their nature. They have gladly placed their freedom in our hands, and we have created the institutions, the methods and structures to care for their true condition.

“Remember: In those early years, you were asked three questions. Three offers were made to you which people later called Temptations. Do you understand that these three small sentences express the whole future history of the company? And which one was right, I ask you now – those who offered, or you who refused? Let me show you one by one.

“The first question was: Would you start a company empty-handed, or prefer to be financed by venture capital? And you refused. You refused to turn the very idea of a company into bread, and to feed the staff. Instead you gave them that vague and undefined promise of freedom, and let them build their success with their own hands. ‘Man does not live by bread alone’, was your answer. What an arrogance! The people follow whoever feeds their bellies. It was left to us to introduce the fixed salary to give them a sense of security. The pension scheme as a promise to preserve their status for their entire life on earth. And at Christmas, the gratification pay, to make them feel grateful and dependent on the benevolence of their employer. ‘Feed us first, and then command us to be virtuous’, those will be the words written on their banner against you. Thus, to give them a tempting yet safe feeling that they can indeed influence their destiny, we invented the individual bonus.

“Do you really believe that those who call themselves leaders, but who are no different from the crowds, could stand in front of their people, and tell them what is to be done and what to be left undone? That they take upon their shoulders the risk of leading in the wrong direction? And, more importantly, by the end of the year, when the work has been done – do you really believe that they could sit down with their subordinates, look into their eyes, and tell them honestly when they have done a bad job? You have no regard for the doubts, the pain those managers feel, who essentially want to be seen as good people, no matter what the situation commands. It was our duty to create the performance appraisal, the key performance indicators, the balanced scorecard – to let the numbers speak the truth to people. We rose those intricate veils of numbers, to let the managers hide their judgment behind them, and appear human again. And they, in turn, thank us for it.”

The prisoner sits, slowly scratching the edge of the Formica table with his fingernails, and says nothing. 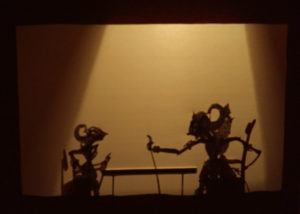 “Meanwhile, the first temptation contains another universal truth: the power of collective ideals. Employees are not happy unless they see that everybody else worships the same ideals and authorities, and unless they do so, they fight each other to the death. You knew that – it is impossible you couldn’t know that fundamental fact of human nature. And yet you refused the only possible banner to which all the teams in the firm would remain true: the banner of ‘Bread’.

“We, in turn, have taken it up from where you cast it, and created the benchmarks, and the business schools with their rankings, and the publications which alone have the power to canonise the management fad – the power to declare an arbitrary piece of wisdom to be the one Truth by which everybody must abide. And now they can feel part of a winning crowd, and look at each other and nod in agreement at their buzzword, and they are spared the trouble of asking why it should be better than any other creed.

“And then a few years later the second question, when you were offered to take over a competitor at a good price, and throw yourself into the adventure of accelerated international expansion. And again you refused. But by refusing, you denied your staff the miracle they so strongly desire. For three powers only can conquer the people: Miracles, Mystery, and Authority. And you threw them all away to give them Freedom, while at the same time asking them not to dare fate to achieve what they believe in. How can they possibly do that, without any wrapping to make the object of their belief attractive? And so it was up to us to bring the Mystery back to the people, by creating values and ideals that they could never understand. Charismatic Leadership. Intrinsic Motivation. Emotional Intelligence. Every other year a new one. Words which they hold dear, because they cannot understand them, let alone live up to them. Unobtainable and unknowable, even more so because their own leaders, the ones with the real power, so evidently do not abide by them, yet continuously require them to be worshipped and aspired to, through our trainings, our 360° feedbacks, and our codes of conduct.” 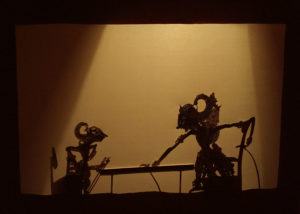 “And finally, the third question, where you were offered to become one of the richest men in the world, if only you sold your shares to that private equity firm. What a grand gesture was your refusal – like your silence now. By refusing you place yourself so high above human nature! What do you expect people to conclude from this parable? Humans strive for higher aims, but their higher aim is the next better job. People want to aspire to something which everybody sees as desirable, and acquire it bit by bit, without it ever being too difficult. We from HR did not place ourselves apart from them, but instead worked to make them happy. We gave them what they so dearly needed. We created career paths, paygrades, talent management, high potential pools, and thus, in digestible doses, took the competition of the market into their office. While at the same time it is us – always us – who humbly take upon ourselves the task of defining the rules of the game.

“Only by these deeds of kindness have we made people happy again. We have concluded the building of your firm, by undoing what you have done wrong. And only by doing so we have concluded your mission, have made it stable, and eternal. That is why tomorrow I will have you thrown out the door.”

The prisoner looks at him.

The prisoner sits in silence.

“Do you have nothing to say to what we have done? Does it not disturb you? Or is it that you can find no fault in my reasoning?”

A long silence ensues. Only the humming of the air condition can be heard. It is unbearable to the Manager. Then the prisoner stands up, walks over to his jailer – and swiftly ties a little friendship bracelet around the old man’s wrist.

The Head of HR shudders. He is shocked, and needs a moment to regain his composure. Suddenly he looks at his prisoner. Slowly, trembling, he stands up, and opens the door. The air of the city, still warm, fills the room. A hoover is heard on another floor.

Quietly, the prisoner walks out and disappears into the dark corridor. 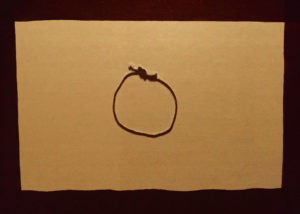 Author’s Note
Thanks to Fyodor Mikhailovich and Ivan Fyodorovich for the original parable.