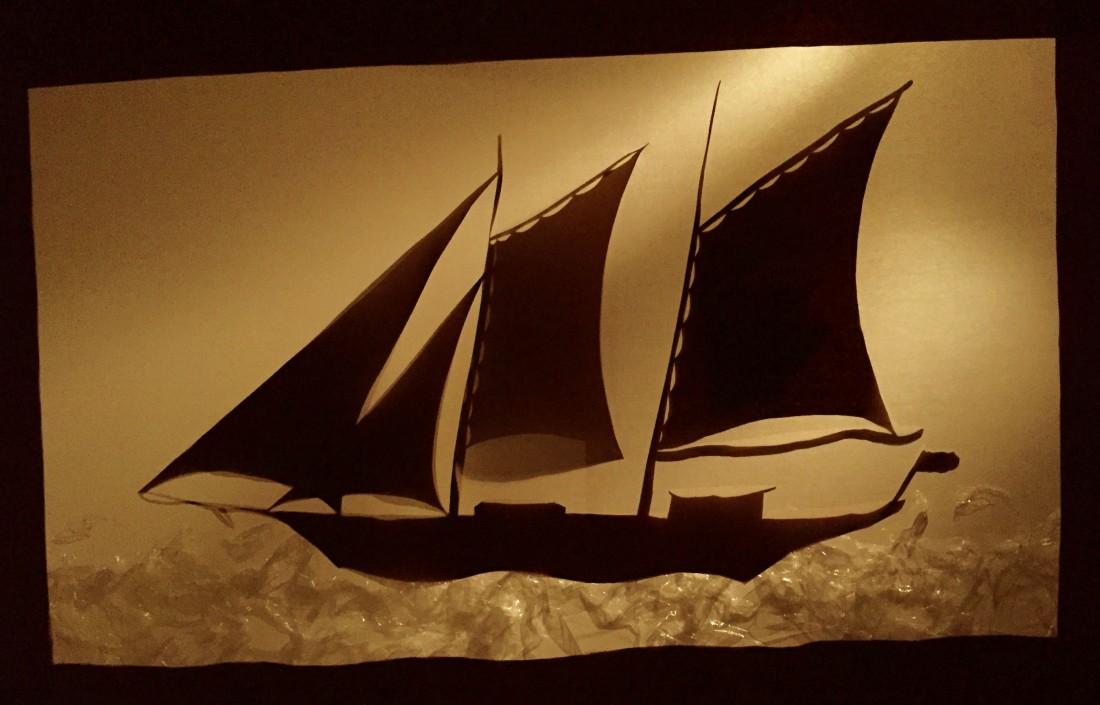 Of the first time, he could remember the lightning through the dark clouds. The shudder going through the ship’s hull as it crashed down onto the heavy sea. The engine sound almost drowned out by the storm, only its low vibration felt in your feet. The beams of the floodlights from the crane post, illuminating the metal ropes flailing with the ship’s swagger. The loud snap as the starboard stay broke and the hiss when its end came soaring towards him. The last thing he remembered was the pain in his chest as he was lifted off his feet, and the sudden silence as the waters closed over him. 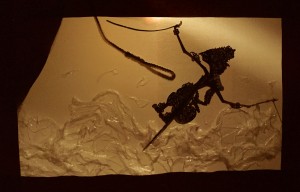 When he came to he was lying on a dry wooden floor. He immediately sensed that he was in a ship’s cabin; he had been a sailor long enough for that. The deck was dry, but inclined, and he could feel the pull and stagger under tension, the strain between the wind in the sails and the waves below the hull. But he knew immediately that it wasn’t his ship. This one was made of wood, not metal.

He opened his eyes. He was lying in a corner of a large cabin. In the middle of the room there was a table, and a chandelier was dangling under the skylight. Several men were gathered around the table in intense, muffled conversation. Some maps were spread out on the table, and the men seemed to be debating about something. They indicated various spots to each other, measured distances, calculated rows of figures, and drew lines on the maps with the help of a ruler. Every now and then, one of them would open a book on top of the maps, read something, and show a passage to the others. 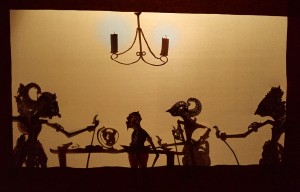 “Er. Hello?” he called out towards them.

They all turned around and stared at him. But no-one said a word.

Then they went back to their business.

He called out again. Again he got the same reaction.

He stood up and went to the table. Over their shoulders he could see that the maps showed difficult passages between cliffs, underwater reefs, and little islands. But they were all parts of the sea he had never seen before. He recognised some of the books, though: this looked like the finest collection of the most important classics on navigation and seamanship.

As to their conversation, he couldn’t understand a word they said.

He tapped one of them on the shoulder: “Excuse me, how did I get here?”

The man turned around, stared at him, and turned back to the table.

More disturbed than frustrated, he turned, went up the hatchway and opened the trap door.

He was on the deck of a schooner under full sail. The wind was strong, and he could see the full moon through the rigging. On the railing, he could see a lifesaver with the ship’s name on it: “Eleonore” 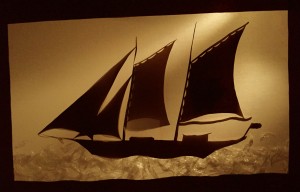 Only there was no-one on deck. The sheets were all tied in place, the sails well-trimmed, and the helm was quite steady – but he couldn’t see anyone or anything that held it in place.

He panicked, went back down into the cabin, pushed the men apart, and shouted: “Hey, who is manning the deck?”

“Hey! What do you think you’re doing with all those books? Someone has to man the deck!”

Everybody turned and stared at him with hollow, threatening looks.

Then everything went dark.

When he opened his eyes again, he was staring at a neon light on the ceiling. A nurse was checking the transfusion beside his bed. 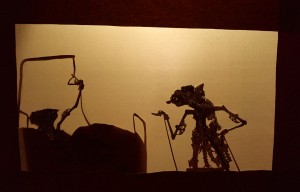 “You were found at No Man’s End. You were badly hurt, and your body was very dehydrated. You must have been there for a long time before they found you.”

“You can say that again, young man.”

“Well shouldn’t you know the answer to that question?”

“Last time I remember I was on a ship, but then my memory is a bit confused. Where did you say they found me?”

“At No Man’s End. That’s what we call a little stretch of beach next to the cliffs.”

“Never heard of it. What a strange name.”

“What a horrible story.”

“Yeah. For weeks on end the debris of the wreck cluttered the beaches nearby. At some point when the sea was calm, some of our boys took a dinghy out to the shipwreck, and what do you think they found? Not gold or merchandise, or any such thing you might expect. But the best library on navigation you could ever find! It was the foundation of our village’s public library. This is why we are famous for having turned out some of the best marine navigators in the world!

But you know what’s strange? There was no trace whatsoever of the crew. Almost as if there had been nobody there in the first place.” 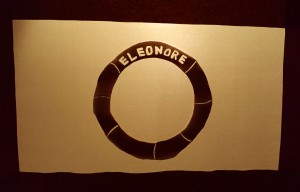