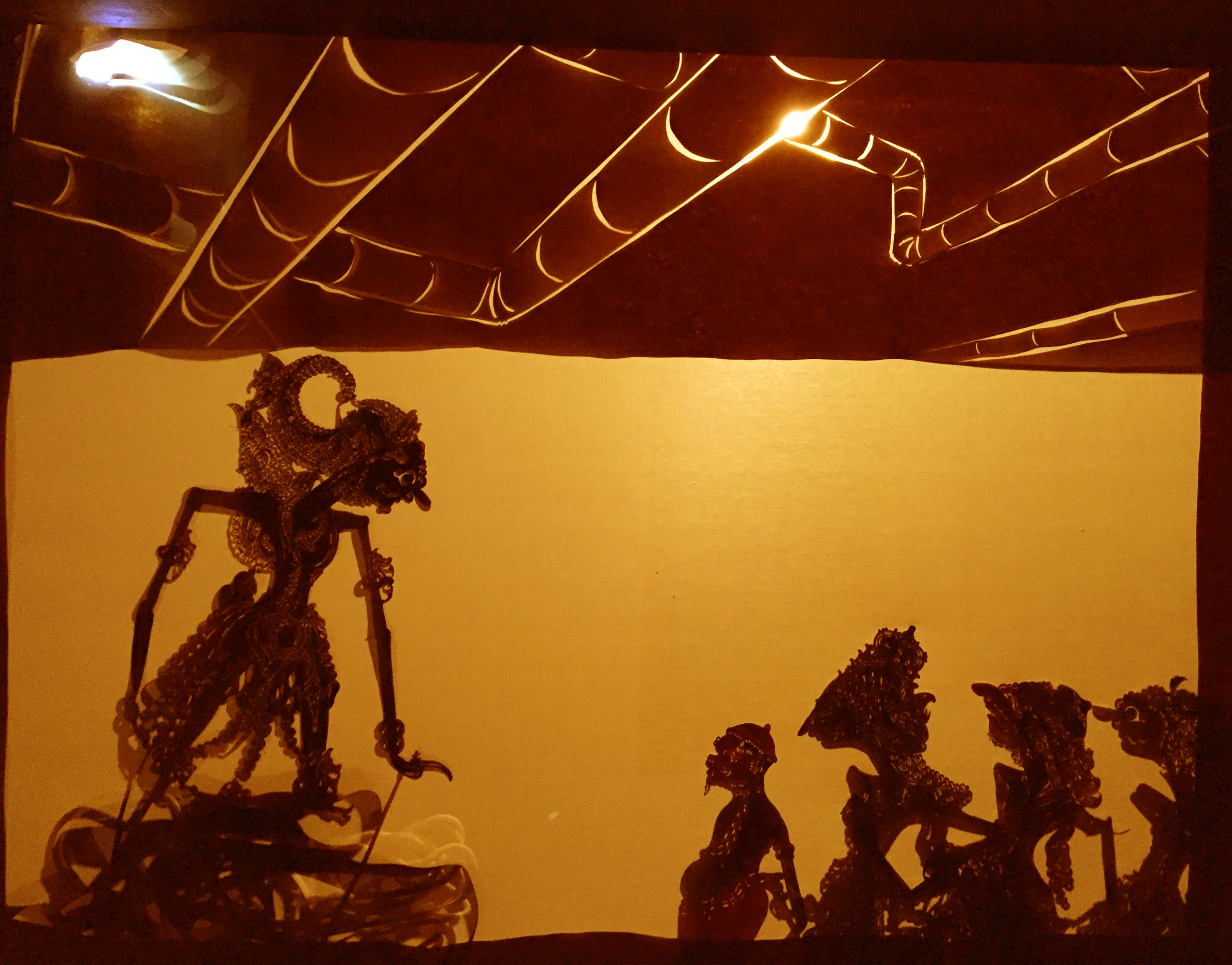 Once upon a time there was a successful leader. He had an important role in the management of a huge fair. Every other week or so, the halls were emptied of the booths of the previous fair, and the showcases and stands for the next one were moved in. It was an incredible achievement, and each time almost miraculously everything fell into place. The leader was very pleased with himself.

One day, on his way back to the office, he decided to take a walk across the halls, through the great mix of trucks, forklifts and piles of objects whose use was quite unrecognizable the moment they were disassembled. He stepped around a corner, adroitly dodged an oncoming workman on a bicycle, and – fell through a hole in the ground.

The big woosh! of falling, all his senses ablaze to take the hit – and then the total surprise when he landed on something damp and rubbery, and almost felt no pain at all.

He was in some kind of huge underground dump. 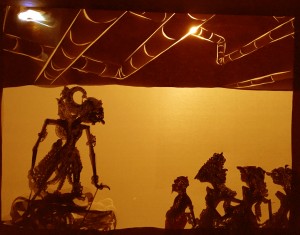 In the ceiling far above he could see the hole through which he had fallen. Once his eyes became accustomed to the darkness, he realised that he had landed on a heap of cardboard and rags. He got off the heap – and froze when suddenly he became aware that there were people in the shadows, who now came slowly towards him. There was a mixture of fear and curiosity in their eyes. Maybe a readiness to strike, too.

This seemed to have no effect at all. People kept kind of inspecting him. Then some of them nudged each other, exchanged a concerned look, muttered something about having to move on, and shuffled back into the shadows.

So within a minute of his fall, the leader was alone again.

Now he realized that the hall was so huge it was impossible to see the walls, and there were heaps of different materials scattered in the darkness. Hanging from the high ceiling, tubes and cables of different sizes formed some kind of three-dimensional maze, and for all the junctions and bundles it was impossible to say where any of them led. In some places, clouds of steam rose up and spread like fog across the hall. A few places were lit with candles, and this, together with the hole in the ceiling, gave a dim ligth to the place. People dressed in old, dirty clothes were busily going to and fro, and above everything he could hear the buzz of many activities far away in the darkness.

For sheer lack of options, the leader went towards the nearest group. Some men were scalding an old piece of tube in a fire, and tried to bend it over a makeshift anvil. A bit further on, a group of women was separating different kinds of rags, and some were braiding a huge textile rope. 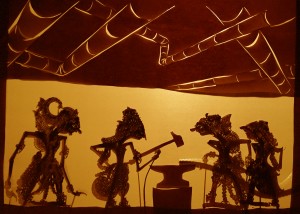 Full of amazement, the leader wanted to ask one of them what they were doing this for, but before he could speak, she looked up and said: “What’s your name, man?”

“Actually I’m the manager of the fair, and I was..”

“Here, Marlow, take this shovel. We need to clear the mud out of the large tube over there. There are already five men in there, but they are not making enough progress. If the tube isn’t cleared in thirty hours from now, it’s gonna get messy.” 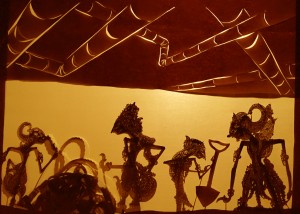 The woman was clearly very determined, and she turned back to her work. So the leader took the shovel and went away. He had no intention of doing anything here – after all, he just had to find a way up and resume his post – but he decided that it would be wiser to go and ask someone else.

He came to a group of men loading a huge roll of rope onto a cart.

“Excuse me, can you show me the way out?” he asked one of them.

“I don’t know what you’re talking about. It seems you are new here, so let’s not waste too much time. See that huge cable over there in the air? Every other week it heats up like crazy from the high voltage going through it, for about ten days. Then we have just a few days to fix the insulation with these rags, and the whole thing starts all over again. If we don’t do it properly, there will be a fire of a dimension you have never seen. And will probably never see again, for that matter, ‘cause we will all be dead. On the other hand, if we want to do a perfect job and aren’t finished when the current goes on again, it’s just the few guys on the cable who get smouldered. So you better get a grip on yourself and help us.”

The leader was vexed by the urgency of the men, and by their stubbornness to talk about nothing but the job at hand. He turned and hurried off, and decided to try and ask someone else. He came to a group of men who were hammering large sheets of old tin onto a huge tube, and attaching them with wire.

Again, he was surprised by the reaction. A giant of a man turned, threw his tool away, came down to him and shouted at him: “Don’t you see we are working? Here: you wanna feel that tube? Already it’s boiling hot! In only a few hours the pressure inside will rise again, and if we don’t fix it by then, we will be standing knee-deep in boiling water! So instead of shouting around like you own the place, grab a tool and do something useful!”

I’ve been through many tough situations in my career, thought the leader, I can handle this. 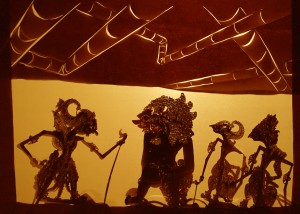 “OK then”, he said, “here’s how I can help. The tubes you are trying to fix are feeding the fair’s heating system. We have been pumping more hot water through the system after adding the new complex. I remember how I had decided against replacing the heating system because it would have blown our budget.

And the high voltage cables, that’s part of the fair’s infrastructure, too. Each year the stands use more energy, and I have been amazed how few outages we’ve had. And the mud in those tubes over there? I know that the filters we added to the sewers were a bit of a disappointment, but when I didn’t hear anything anymore I thought my guys had solved the problem themselves. So I know what this is all about. I can send you more people from up there, who have real replacements, and real tools, and real expertise, and a real budget, and they can fix these things for you, so you can stop your makeshift repairs and go back to whatever the fair has employed you to do without being disturbed by these breakdowns and threats.”

For a moment, everybody was staring at him.

Then somebody in the group called out: “Tell him, Kurtz!”

The man in front of him took a deep breath.

“Now listen, wise guy. You think you are the first newborn who comes to us from that heap, and tells us about the upper world, and the fair or whatever you call it, and maybe even the birds in the deep blue sky? Well you’re wrong. They all come, they all rant, they all take time to understand. You talking about sending us real stuff, real people? Tell you what’s real. These tubes, these cables, these things we are fixing? They are dangerous, that’s what’s real. People have died here, that’s what’s real. You think we are doing this for some far away fair? I don’t know about what’s up there, I don’t know about the fair, but I know one thing for sure: This is about our survival, that’s why we’re doing this. Nothing else. So unless you want people to suffer because they listen to your preaching instead of solving our own problems, you better keep your mouth shut and get back to work.” 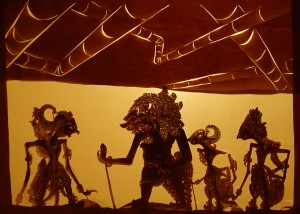