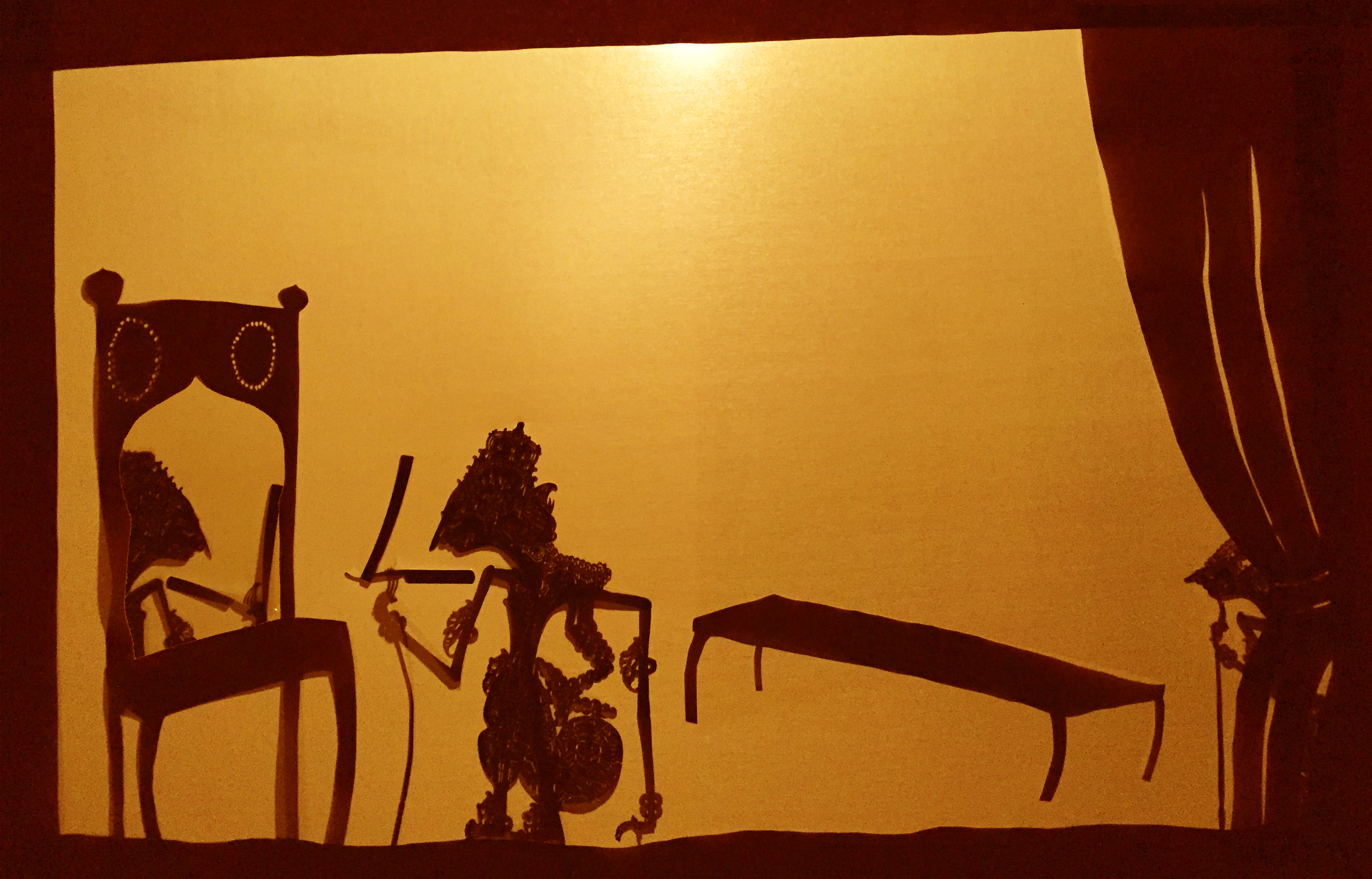 In the time when the Abbasid Caliphs ruled in the Orient, there lived in Baghdad a successful high-ranking secretary. He was reputed for being utterly incorruptible. Whenever he was put under pressure, he did what was right according to his best knowledge, and his own values.

Sometimes powerful generals, and even the Vizier or the Caliph himself, were mad at him for not yielding to their pressure. He would face them with his calm, melancholic look , and say: “Let us pray to Allah that he may guide our decisions. But, to quote a man with a long white beard, sometimes we must all face the choice between what is right and what is easy. Besides, I just couldn’t face the alternative.” 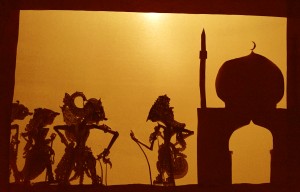 People wondered about this, but nobody ever found out what he meant.

At home, he had a little harem, as befits an important person in the government. And just as it is with empires, so did the small harem have its pyramid of power, and was in fact governed by his first and oldest wife.

This wife had an insatiable appetite for power and money. It was not enough that her husband was the fifth most important person in the city. The way she saw it, there were so many signs that it must surely be the wish of Allah that her husband would one day become Vizier – only her husband did not seem to notice. There were so many occasions to forge another secret alliance. So many favors to give, so that one day you might ask one back in return. So many ways to make people really depend on you.

But the secretary just went on keeping his word, doing what was good for the city, and generally seeing through what he had started.

Many people didn’t really fear him, nor did they really like him – they just respected him very much.

But he did have a secret.

Each morning, when he put on his brocade robe and went into the bathroom, he carefully locked the door, and, unlike other people in his position, would allow no servant to help with his morning routine.

At first his wife didn’t think much about it. But then it appeared to her that whenever he was in a situation of pressure or temptation at work, he looked as if he were afraid of going into the bathroom. And when he came out, he always looked very relieved.

So she decided to spy on him. 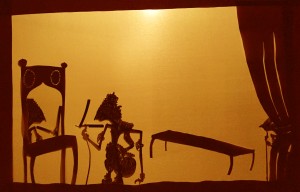 One morning she got up early, and hid behind the big curtain in front of the bathroom window.

Unsuspecting, her husband came in, carefully locked the door from the inside, sat down on a little bench in front of the mirror, and started to prepare soap and his cut-throat knife for shaving. His wife saw that there were pearls of sweat on his forehead, and that his hands were shaking. She paid close attention now.

She almost jumped when suddenly her husband’s reflection climbed out of the mirror and, brandishing his razor knife threateningly, questioned him about what he had done the day before and what was the right thing to do next. 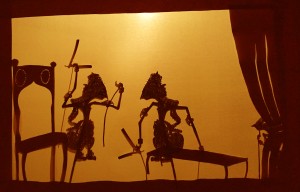 The secretary humbly gave an account of his deeds and intentions. When the reflection was satisfied, it got back into the mirror, and the man started to shave.

His wife kept her knowledge to herself, and waited for her time to come.

That moment arrived not a year later, when she heard that the old Vizier had asked the Caliph to be allowed to retire, and the Caliph started asking the elders of the realm about their opinion on a potential successor to the post.

The very evening after she had heard this news, she presented her husband with a gift. She had bought the services of the best and most famous barber in town, in order to honor her husband. Each day he would come to the palace, and the secretary would not need to shave himself anymore. 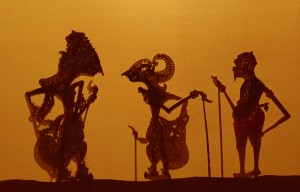 On presenting the gift to him she said that she thought it was time he finally did things just like all the other important officers of the caliphate.

With this, she thought to herself, things would just get the necessary twist to turn out well. Just to make sure, she threw away his razor knife. 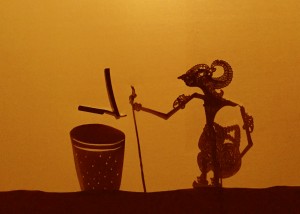 However she was very surprised to hear that her husband was very much staying out of the general buzz of scheming, plotting and aligning that had started prior to the convention. Apparently he had told everyone that it was more important that he kept running the day-to-day operations of the city.

Shocked and intrigued, she decided to have another look at the morning routine. Her husband had told her that prior to meeting the barber, he would go into the bathroom alone for a moment.

So she got up early again, and hid behind the curtain.

The secretary came in, and sat down on the little bench in front of the mirror. With astonishment she observed how the reflection climbed out of the mirror, sat down beside him, and they both quietly went through what the man had done the day before and what was the right thing to do next. 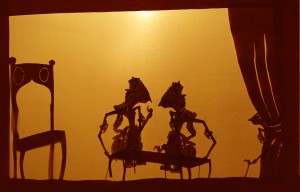